How to actually change your mind | Eliezer Yudkowsky

Originally published at: How to actually change your mind | Eliezer Yudkowsky — Рустам Агамалиев 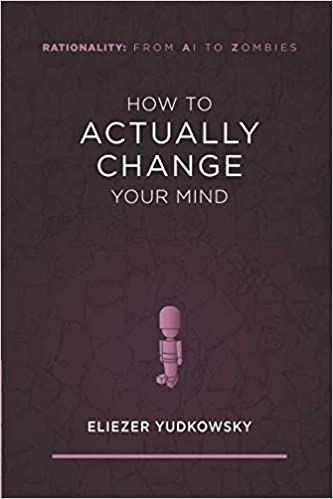 How to actually change your mind | Eliezer Yudkowsky

🚀 The Book in 3 Sentences

How I Discovered It

Who Should Read It?

☘️ How the Book Changed Me

How my life / behaviour / thoughts / ideas have changed as a result of reading the book.

The map is not the territory.

Beliefs must gauge the things they really are

Check and double check, be modest and reserved about your results

Do better, look for third alternative

Arguments are soldiers, politics is war

In our time, political speech and writing are largely the defence of the indefensible. Things like the continuance of British rule in India, the Russian purges and deportations, the dropping of the atom bombs on Japan, can indeed be defended, but only by arguments which are too brutal for most people to face, and which do not square with the professed aims of the political parties. Thus political language has to consist largely of euphemism, question-begging and sheer cloudy vagueness. Defenceless villages are bombarded from the air, the inhabitants driven out into the countryside, the cattle machine-gunned, the huts set on fire with incendiary bullets: this is called pacification . . .

A box and a diamond

Disease of too many links